The primary elections in Maryland and DC have come to a close! In the face of a Supreme Court that is determined to roll back decades of progress in protecting the rights of so many Americans, the people we elect to make decisions locally can be a critical defense against the extremist tide and can blunt the worst of national harms.

Voting is never enough by itself. The JUFJ Campaign Fund was founded because we know that elections are one piece of the ongoing essential work that Jews United for Justice has been doing alongside our partners for nearly 25 years. We must continue to rally, organize, and build power to hold newly elected leaders accountable — and we’re proud of the work done this election cycle to ensure progressive champions will represent us. Click on the tabs below to read more about some of the newly elected local leaders in DC and Montgomery County!

DC voters spoke loud and clear during the Primary Election. Of the eight candidates the JUFJ Campaign Fund endorsed this primary election, all four of our endorsed Ward-level candidates for DC Council came out on top. Mazel tov / a hearty congratulations to all of these candidates, whom we will continue to support through the November general election.

In Ward 1, voters chose to keep one of the District’s most steadfast champions of homelessness prevention and housing security, public health approaches to public safety, and progressive taxation – Councilmember Brianne Nadeau. She faced a challenger who used fearmongering tactics to gain votes, but voters spoke and she won with a nearly 18% margin.

Matt Frumin won the Ward 3 Council seat, beating out five others – not counting the three who suspended their campaigns and backed him in the last week before the election. In the end, it came down to a two-way race between Frumin and Eric Goulet, a candidate who did not align with our values on key issues. Frumin’s victory shows that Ward 3 voters want a representative who will fight alongside marginalized communities, not disparage them.

In Ward 5, Zachary Parker and his campaign built immense grassroots support and showed his deep commitment to meaningfully engage and work with community members. By choosing Parker, voters made it clear that they wanted a Ward 5 Councilmember who will support everyday people, not one beholden to corporations, developers, and special interests.

We are thrilled Councilmembers Nadeau and Allen will have a third term and are excited to see what’s possible on the Council with the addition of Matt Frumin and Zachary Parker. We look forward to working with each of them to continue making the District a place where everyone can live and thrive.

A big Yasher Koach / job well done to city-wide endorsed candidates on their valiant campaigns. Robert White for Mayor, Bruce Spiva for Attorney General, Erin Palmer for Council Chair, and Nate Fleming for At-Large Councilmember ran on bold visions for transformative change. Thanks to all of these candidates and their campaigns for fighting hard for a more just District and showing us that even more change is near.

We are proud and grateful to our JUFJ Campaign Fund community – all of YOU! – as well as our partners for text banking 2,000 voters, phone banking over 300 voters, knocking on doors with partners, talking to friends and family, and working the polls. These wins are possible when we fight for them together!

All of the Primary Election ballots have now been counted, and we are thrilled that Montgomery County voters have spoken in support of a Council with a majority of women and a majority of progressive Councilmembers. Despite attempts to mislead voters by special interest groups like “Progressives for Progress,” the slate of candidates advancing to the General Election will reflect the diversity and the values of the majority of our County.

All three JUFJ Campaign Fund-endorsed candidates for County Council At-Large — Councilmember Evan Glass, Councilmember Will Jawando, and former Gaithersburg City Councilmember Laurie-Anne Sayles — won in the primary. We look forward to them winning in November and then leading the Council to advance a bold agenda that addresses systemic issues related to housing, policing, and mental health.

JUFJ Campaign Fund-endorsed candidates Takoma Park Mayor Kate Stewart (D4) and former Montgomery County Planning Board Vice-Chair Natali Fani-González (D6) won by substantial margins in crowded district races. They will move on to the General Election, and we look forward to them bringing their commitment to community-centered, accessible engagement for public processes to the Council.

Although William Roberts (D2) and Fatmata Barrie (D5) did not win their district races, we commend both candidates on their commitment to grassroots campaigning and for working to achieve the vision of an equitable County where everyone has what they need for themselves and their families.

Perry Paylor did not win the nomination for State’s Attorney, but we are proud to have been part of his campaign to push for a more just State’s Attorney office and to educate voters about the troubling record of incumbent John McCarthy.

Thank you to the amazing team of volunteers who powered our work for the Primary Election! Here are some highlights: 40 volunteers, board members, and staff served on our endorsement teams and worked on our voter guide and scorecard; we contacted 1,000 JUFJ Campaign Fund members by text and phone; 22 volunteers held 13 house parties featuring our endorsed candidates; we handed out 2,500 flyers at metro stations and the Takoma Park Independence Day Parade; we presented our What’s At Stake in the Primary Elections program for 11 congregations and in total the materials were viewed by 700 people; and over 30 volunteers worked the polls for almost 250 hours during Early Voting and on Election Day!

One of JUFJ and the JUFJ Campaign Fund’s goals is to dismantle antisemitism, racism, and the other machinery of hate and fear used to divide our community and weaken our movements for justice. Several candidates in this primary election either deliberately activated this machinery or had it turned against them during the campaign.

Earlier this year, then-Delegate Dan Cox (now the Republican nominee for Governor) espoused the dangerous “Great Replacement Theory” during a Judiciary Committee hearing. This racist conspiracy theory imagines that Jews are secretly funding a project to replace white Americans with immigrants of color, and was weaponized by Delegate Cox in the hearing to attempt to undermine basic legal protections for immigrant Marylanders. JUFJ sent a letter of concern to Delegate Cox, House Speaker Adrienne Jones, and the full Judiciary Committee, and our concern is amplified now that Republican primary voters have elevated him as their party’s nominee for Governor. We are similarly disturbed by the Republican nominee for Attorney General, Michael Peroutka, who is a neo-Confederate (he believes Maryland should have seceded during the Civil War) and longtime/past board member of League of the South, an organization that the Southern Poverty Law Center has classified as a hate group. As Jews, we know how dangerous it is when politicians blame Jewish people, Black people, immigrants, and other groups for hard times – it leads directly to violence against us and other targeted groups. We need statewide elected leaders who will work to keep us all safe and be sure that everyone in Maryland has what they need to live and thrive.

Given the presence of these deeply threatening candidates on the ballot, we were appalled when one of our elected champions, Baltimore Senator Jill Carter, and a longtime Jewish partner in advocacy, Max Socol, were cynically smeared as being antisemitic. Those false allegations were used deliberately for political gain by those who derive their power by dividing people against each other who are otherwise aligned on the issues that matter to our community. Our government should reflect the different experiences and perspectives of the different communities in our state. Senator Carter has worked tirelessly to create safety and belonging for all her constituents, no matter our religion, our race, or our beliefs. Socol has been a trusted ally and organizer, helping Jewish people join together with our neighbors across difference to build a state that fulfills the promise of freedom and safety for all of us. While we did not endorse in the District 41 Democratic Central Committee race or the District 18 Senate race, we are proud to work with Senator Carter and Socol to build a more just and fair Maryland and Montgomery County.

We cannot complete the work for justice in any one election cycle, and voting is by no means the end of our advocacy. Click on a button below to join an upcoming JUFJ team meeting, where we’ll debrief the impact of the primaries on the issue work ahead! 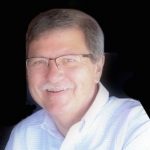