BALTIMORE, MD — The Jews United for Justice Campaign Fund is pleased to announce its first round of endorsements in the Baltimore City Democratic Primary: Brandon Scott for Mayor, Shannon Sneed for City Council President, and Bill Henry for Comptroller. These experienced, ethical, progressive leaders have demonstrated that they will work to improve Baltimore for all Baltimoreans, not just the wealthiest and whitest parts of the city. Additional endorsements for Baltimore City Council races will follow.

“Brandon Scott, Shannon Sneed, and Bill Henry are the leaders Baltimore City needs right now,” said Molly Amster, Baltimore Director of the JUFJ Campaign Fund. “Their plans for social, racial, and economic justice are grounded in experience and a progressive vision for what is possible in our city. We look forward to working with them toward a Baltimore where everyone, Black, brown, and white, can live and thrive.”

“I am honored to earn the endorsement of the Jews United for Justice Campaign Fund in the race for Mayor,” said Council President Brandon Scott, candidate for Mayor. “The JUFJ Campaign Fund has been actively involved in pushing for economic, labor, and environmental justice in this city. I have personally worked with them on issues ranging from water justice to police accountability, and I know they take the responsibility of Tikkun Olam (healing the world) seriously. I look forward to working with them as part of the coalition for a new way forward for Baltimore.”

“I am honored to receive the endorsement of the JUFJ Campaign Fund,” said Councilmember Shannon Sneed, candidate for City Council President. “We cannot stop working to build a better Baltimore for all. As Council President I look forward to continuing the work I began as a Councilwoman, to make Baltimore a better place to live, work, and raise a family.”

“I’m proud to accept the endorsement of the JUFJ Campaign Fund because I share their commitment to social, racial, and economic justice,” said Councilmember Bill Henry, candidate for Comptroller. “We all agree that our City budget is an expression of our City’s values, and as our next Comptroller, I’ll work hard to ensure that the way we conduct City business has a positive impact on people’s lives.”

The JUFJ Campaign Fund launched in 2014 and expanded to Baltimore in 2018 to give the Jewish community and its allies a new way to hold elected officials accountable for their leadership; it was the first grassroots Jewish organization in the country to endorse candidates for local office. Learn more at jufjcampaignfund.org. 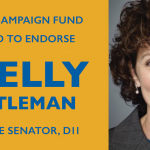 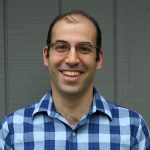